Source (link to git-repo or to original if based on someone elses unmodified work): Add the source-code for this project on opencode.net

UPDATE!! I am trying to implement another one of material designs philosophies, namely to use more than one action on an element, to show it's importance, since it is difficult;t to animate icons without your theme. Instead I'm trying another method, color. First, just on the folder components, since this is the easiest, since almost every file-manager, supports at least an open state, and a closed state. There are two alternatives to the standard type of folder already present in School Material, if you use one of these two variations, please, I'd be interested to hear your feedback. Like for instance, if you liked them, would you like to see something similar for other high priority icons, like shutdown, etc?

Feel free to assign your favorites if they aren't currently covered. I myself, utilize a custom built desktop, so naming for kde, will be one of the latter updates. There is more support for xfce, openbox, lxde, or any X based menu or desktop system currently. Support for gnome has been added. All system core coverage should be included. Hopefully, you enjoy the set. Comes with pre-configured icon cache, if you add to the core files, or change names, please do not use symbols, they will invalidate the cache, and gtk will complain incessantly.
Last changelog:

More changes to the apps section, as well as a fairly large update to the action icons, very shortly I will also introduce two alternative folder options, please have a look and see if you like the new design! Thanks again for all your support!

Please login or register to add a comment or rating 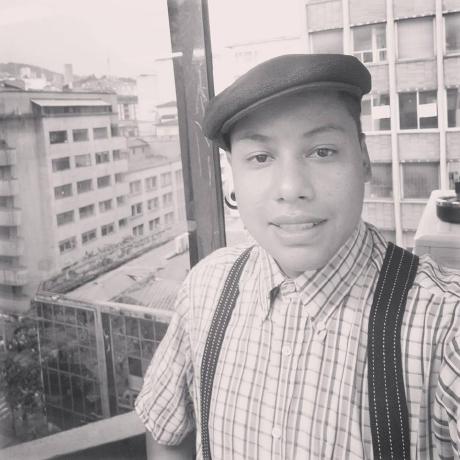 Please complete these beautiful icons and gave us the svg version, I love your work <3

Will you ever release a version with svg icons?

updated, you should have pdf support now, and I will put libre office on the docket for the next update! Thank you for the feedback!

I'm loving this so far, but I don't have icons for .pdf files or LibreOffice files.

Updated! Thank you again everyone for the support!

not finalized, just once they have settled down, and aren't in such high flux. I just don't have the time to maintain two repos for it, at the moment., when I constantly tear down the one I have for it.

And yes, I do plan on releasing the vector files. I figure once all the icons have been filled out, I plan to release them,

it is contradictory, they are free designs, but you do not share the svg, now it is more efficient to use svg to png, it is faster, and the final set will look better. regards

I will share the svg. And I agree, svg has so many benefits to png, however the linux standard at a bare, requires .png, even if submitting an svg, which the set follows. I had hoped to have a project I'm on finished by now, so I could dedicate more time to getting the set ready so I could release the svg, however my other project is still on going, for at least one more week and I just haven't had the time. But I promise, the svg will be released, and in the not too distant future. Although it would be faster, the repo is currently setup, I would have new scripts to write, adjust the flow of the main repo, and testing to do implementing the svg, as it is, I am pulling 12-16 hour days as is, some weeks it's 7 days in a row, especially since we are so close to launch, and it involves many stakeholders, I just don't have the actual phsical time to make such a large adjustment. I have to sneak in an hour here, there just to have enough time to draw new icons.

But as soon as I launch, and I can hand some work off to the tech team, getting the baseline down for icons here, is a main priority. Once that's settled, the Svg will be released. Sorry for any inconvenience this may cause, but please do check back and they will be available soon. TM.

Sorry for the delay since last update, I have been totally swamped, but I have a fairly large release, which I hope to have finalized by today or tomorrow, this will be the largest update to School Material thus far. Thanks everyone for all the support!

Wow innovative and beautiful concept. impeccable execution so far. Hope it doesn't get abandoned and that a "version 1.0" comes out soon!

Looks promising. Still need a lot of work which I'm sure you will be excited to do :) I'm hoping you will release all in vector format when you think it's ready.

9 +Works great on my Arch install but somehow the icons are blurry and appear low res on linux mint 19 ( cinammon ) and I'm not sure why.

More changes to the apps section, as well as a fairly large update to the action icons, very shortly I will also introduce two alternative folder options, please have a look and see if you like the new design! Thanks again for all your support!

Many bug fixes, re-scripted output to resize svg before converting all together, vs. just converting before resize, but still executing resize in one command. It seens to have increased the clarity a lot, although I have found some alternatives that should bring an even crisper image to everyone! The index has also been re-written to keep the icons from being over or under sized too far outside of their pixel adjustment range. I have corrected several file folder, so they should display correctly now. Name public, downloads, and templates. A fairly large increase to the Apps folder again, along with some minor gains in mimetypes. Also corrected some naming issues, more improvements to come!

Added display board 2 years ago

Added another panel, that shows a sample of the new icons coming in this update in the next few hours.. This is not the full update, just a view of some of the application icon additions. Thank you and I hope you enjoy them!

9 excellent, thank you, i love it

+Works great on my Arch install but somehow the icons are blurry and appear low res on linux mint 19 ( cinammon ) and I'm not sure why.

+Cool alpha version. I have troubles with the resolution of the icons but I think is because there are only png

School Material is part of Artwork (Icons, Cursors, Wallpapers), which is supported by the following people:

mark this product as clone
Other Full Icon Themes:

An Icon Theme should have a valid .theme file among its files and aim to be complete for desktop use under Gnome or KDE Plasma.

If it contains only a single icon or a small set of icons, please use the Icon Sub-Sets or Single Icon/Logo categories instead.